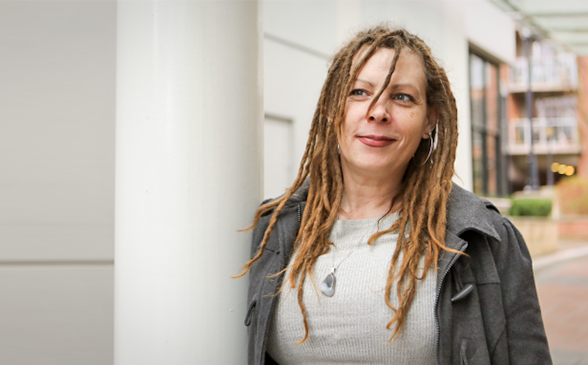 Can you share with us the story about what brought you to this specific career path?

It probably started with a joint in the girl’s washroom in Junior High. From there I started studying the history of cannabis and prohibition, but mostly as a hobby. When I moved to Vancouver, a doctor suggested I try cannabis for my anxiety and I became a member of the BC Compassion Club Society. It totally changed my usage, and I served a term on the board of directors. About a decade later, we had a very conservative government in Canada that had just been elected to its third term, and was intending on closing dispensaries that I went to work for as well as many others.

Can you share the most interesting story that happened to you since you began leading your company?

Hmm, I’ve led a few, but probably the most interesting was the path to municipal dispensary licensing in Canada before legalization. Leveraging one level of the government’s concerns against another while leading up to an election provided the most interesting stories, some I’m not sure I can share yet.

Can you share a story about the funniest mistake you made when you were first starting? Can you tell us what lesson you learned from that?

It’s not funny, but there was a meeting where I realized that convincing politicians that cannabis was medicine wasn’t the answer. Many of them, at least in BC, knew that. Realizing that we had all been stuck on an outdated track was a bittersweet moment.

Are you working on any exciting projects now?

A few. The BC Independent Cannabis Association brings free educational events to the public in various locations across the province. It’s a great chance for people to get information from industry professionals. Of course, Pasha Brands and the whole prohibtion-era brand house model is exciting, as it gives a real opportunity for people to transition from the illicit market, particularly craft producers.

None of us are able to achieve success without some help along the way. Is there a particular person who you are grateful towards who helped get you to where you are? Can you share a story?

So many, most of whom I’ve never met. I mean, there would be no industry if not for the decades of patient advocates and growers. I think, as a woman in the industry, I can’t say it’s my successes alone that got me where I am now. It made me sought after, but what I was being offered was not commiserate with either what I accomplished, or the massive promotions and delegations of responsibility that many of the men I worked with were being offered. If it wasn’t for men like Clint Younge and Patrick Brauckmann, who genuinely respected what I bring to the table, I might have left the industry altogether.

This industry is young dynamic and creative. Do you use any clever and innovative marketing strategies that you think large legacy companies should consider adopting?

I like to think we do. Most of our strategies have been developed by using the restrictions in the Cannabis Act to force creative solutions. My background in theatre taught me that there are no obstacles that there aren’t creative ways to get around. It’s also taught me that cookie-cutter models don’t work. I think I’d like to see more of a focus on that ingenuity and flexibility when it comes to marketing strategies.

I’m most excited about the massive scale of reintroducing a crop as useful as corn, the fact that we have a chance to create an industry with all the lessons learned from other industries, and the shift in consciousness I feel that will come after cannabis is normalized.

The three most concerning things to me are that we don’t seem to be learning the lessons of other industries or of prohibition and in turn will continue to see social inequity, that the desire for authorities to hide knowledge of this plant doesn’t seem diminished under legalization, and most of all, that patients and the most vulnerable people are not the ones seeing the greatest benefit of legalization.

Can you share your “5 Things I Wish Someone Told Me Before I Started Leading a Cannabis Business”? Please share a story or example for each.

First would be that I even ended up doing this. I started as a budtender, then ended up in communications very quickly, which I had agreed to with the understanding that I would be behind the scenes – directing things. Unfortunately, turnover resulted in me being in a very public position which then also included leading other organizations. So I think first of all I wish someone would have told me how important it is to be adaptable.

I had a lot of doubt that my approach to getting dispensaries licensed wasn’t correct. No one else had been doing it, so I wasn’t sure if there was a reason for that or not. Turns out no one else had seen that strategy as being successful, so along with adaptability, the second thing has to be to trust yourself and your vision.

The third thing I wish someone had told me was that even among a group of outsiders fighting for the same goals, there is a lot of ego that can send things sideways very quickly. Some people aren’t so much interested in getting something done as they are interested in being the ones to have done it.

I think those three are the most important. I didn’t come into the industry with the intention of it being my career, and I didn’t have a lot of expectations. I knew once legalization finally came, it would involve regulations and red tape that would twist the intention. It’s why it was never my end goal, but just the first step.

What advice would you give to other CEOs or founders to help their employees to thrive?

I come from an arts background, directing theatre mostly, so I’m a big believer in collaboration and less hierarchal structures. I like structures that empower employees to exert some creative control over their work, and that create tracks. Meaning someone can come in at entry level, and based on desire and aptitude, can advance through the company, gaining the proper experience and skills to nurture their upward growth. Employees are your most valuable resource, and they should be managed sustainably.

Well, legalizing cannabis was meant to be that. Beyond that, anything that would bring forth more empathy in the world. Not as a subjective, or passive thing, but empathy as an active driving force.

What is the best way our readers can follow you on social media?